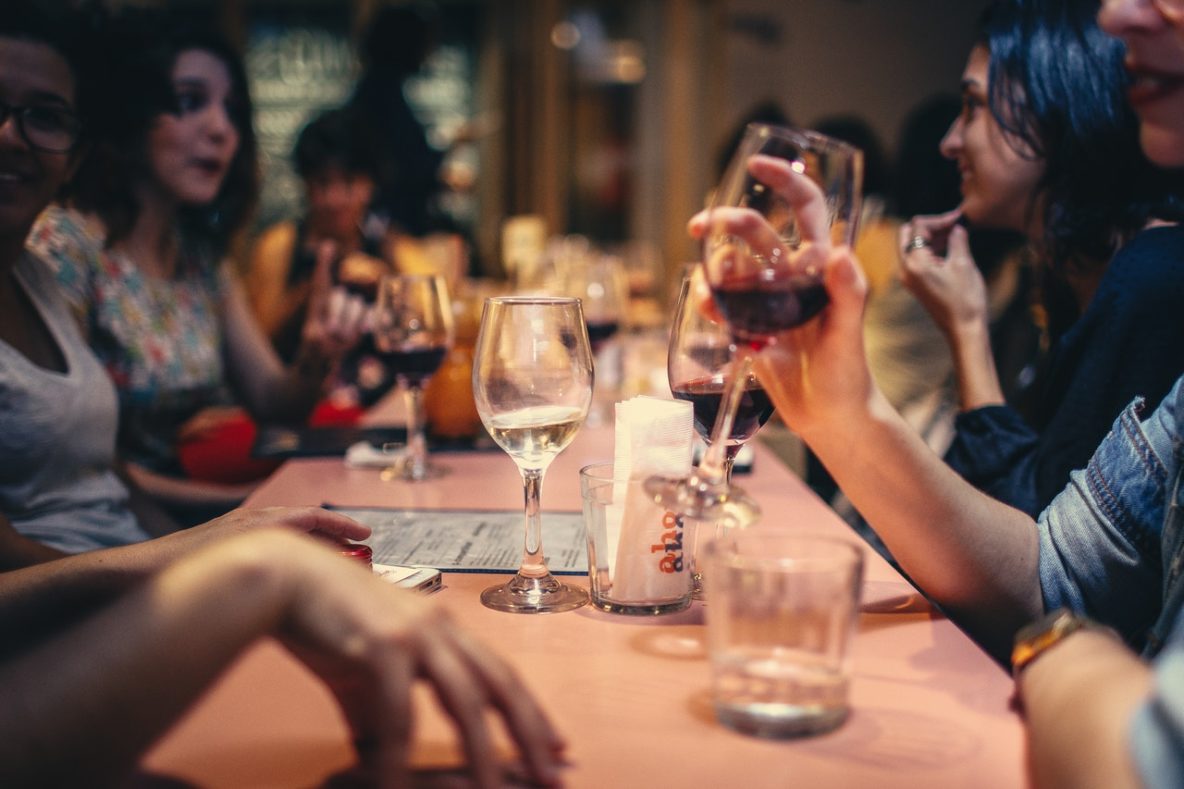 The association between alcohol and aggression is huge, according to Robert O. Pihl, professor of psychology and psychiatry at McGill University. “Alcohol is involved in half of all murders, rapes, and assaults,” he said. “But the dynamics of this association are complicated, which is why any research that focuses on explaining this relationship is important for society in general.”

Statistics from the National Institute on Alcohol Abuse and Alcoholism from 2015 corroborate his statement, including:1﻿

-696,000 students between the ages of 18 and 24 were assaulted by -another student who had been drinking.

-97,000 students between the ages of 18 and 24 reported experiencing alcohol-related sexual assault or date rape.

The Basics of Anger

Aggression is an outlet for anger. It’s easy to think of this as the emotional state that occurs when we get mad. Often, this is a response to a provocation of some sort.

Actually, the personality trait of anger refers to your general tendency to experience chronic anger over time. If you’re an angry person, you tend to seek out stimuli that activate feelings of anger. This may explain why you are angry more often compared with someone who does not have this personality trait.

Trait Anger Is an Aggression Predictor

Trait anger significantly predicts aggression in intoxicated men who report low levels of anger control, according to a study published in Alcoholism, Clinical and Experimental Research. To obtain these results, researchers recruited 136 male social drinkers ages 21 to 35 to express their aggression after consuming either an alcoholic or placebo beverage.3﻿

Participants were told they were going to compete against another individual on a “reaction time” task, during which they might receive electric shocks from their opponent. While engaged in this fictitious task, which included both high and low shock levels or “provocation,” the participants’ experience of anger was unobtrusively assessed using the Facial Action Coding System.

“Alcohol intoxication brings out people’s natural tendencies to the expression of anger,” said Dominic Parrott, the graduate student who conducted the study. “Our findings strengthen the notion that alcohol increases the likelihood that certain drinkers, particularly those with the tendency to be angry and to express their anger outwardly, become aggressive when provoked.”

“If individuals tend to express their anger outwardly,” said Zeichner, “alcohol will ‘turn up the volume,’ so that such a person will express anger more frequently and more intensely. A heightened response will most likely occur when the provocation against the drinker is a strong one, and will less likely occur when the individual is experiencing a low provocation and is sober.”

Dr. Gerald Opthof has been providing addiction counseling Westwood New Jersey for individuals, couples and families for over 20 years. His practice is built on connection, relating to his clients as whole people and not just the problems they are facing. He offers strategies built on his professional knowledge, experience, and the perspective that he has gained from his own life challenges. Also specializing in Marital counseling Westwood New Jersey.

The relationship of intimate partner violence is one area that is of great concern when it comes to alcohol and anger. This pertains to adults in long-term relationships such as marriages as well as dating and sexual violence.

In a 2017 report, researchers shared their findings of the relationship between alcohol and dating violence. The study included 67 undergraduate men who were engaged currently dating someone. The conclusions were that alcohol increased the odds of physical aggression in those men who had high trait anger and poor anger management skills. It also noted that sexual aggression was higher with alcohol, even in men with low trait anger and reasonable anger management skills.

Cocktails that include energy drinks should be considered a possible factor for aggressive behavior in bars as well. In another study, researchers surveyed 175 young adults who mixed alcohol with caffeinated energy drinks about their verbal and physical aggression in bar conflicts. More research is needed, but the study did find enough escalation in people consuming these drinks to label them a “potential risk” to increased hostility.

By Buddy T and Medically reviewed by Steven Gans, MD