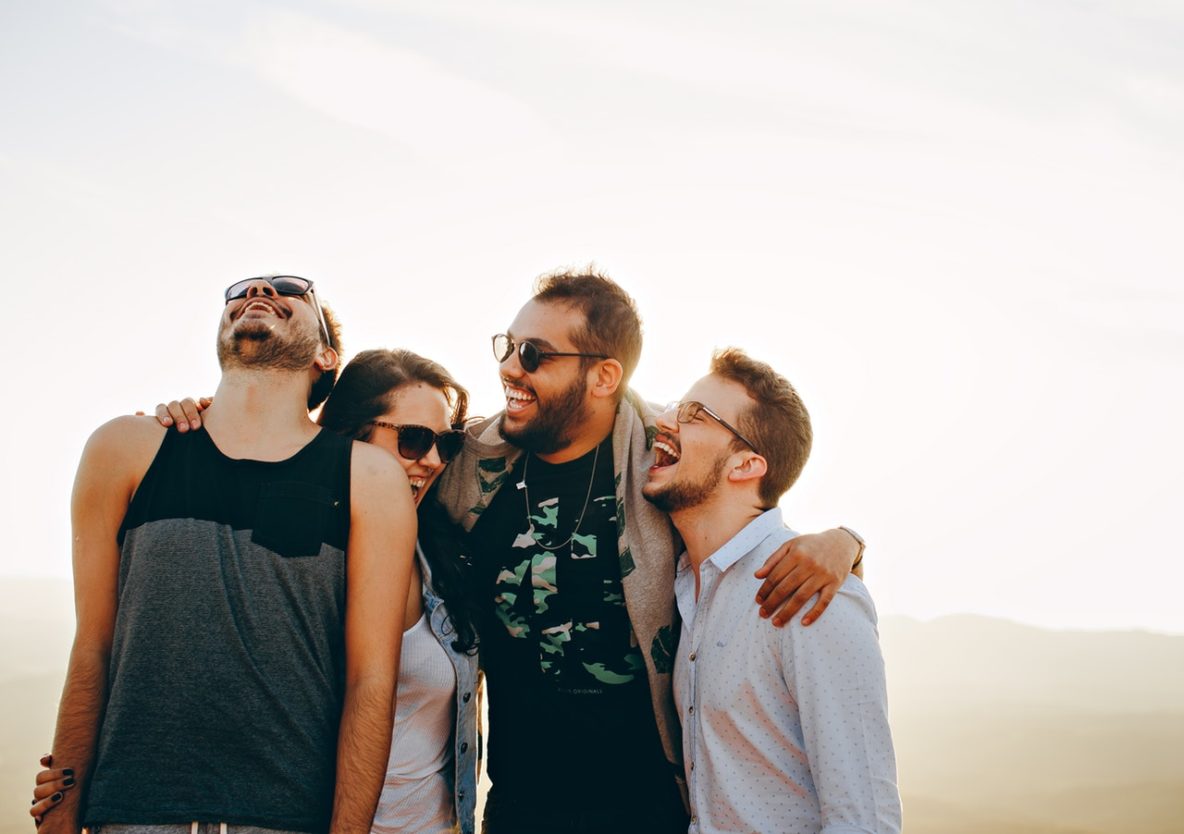 Body positivity refers to the assertion that all people deserve to have a positive body image, regardless of how society and popular culture view ideal shape, size, and appearance.

Some of the goals of the body positivity movement include:

Body positivity is not just about challenging how society views people based upon their physical size and shape, however. It also recognizes that judgments are often made based on race, gender, sexuality, and disability.

Body positivity also aims to help people understand how popular media messages contribute to the relationship that people have with their bodies, including how they feel about food, exercise, clothing, health, identity, and self-care. By better understanding the effect that such influences have, the hope is that people can develop a healthier and more realistic relationship with their bodies.

Body positivity has its roots in the fat acceptance movement of the late 1960s. Fat acceptance focuses on ending the culture of fat-shaming and discrimination against people based upon their size or body weight. The National Association to Advance Fat Acceptance was first established in 1969 and continues to work to change how people talk about weight.

The term “body positive” emerged in 1996 when a psychotherapist and an individual who had been through treatment for an eating disorder founded the website thebodypositive.org. The site offers resources and educational materials designed to help people feel good about their bodies by taking the focus off of losing weight through unhealthy diet and exercise efforts.

The body positivity movement in its current form began to emerge around 2012, initially focusing on challenging unrealistic feminine beauty standards. As the movement grew in popularity, the original focus on acceptance of weight began to shift toward a message that “all bodies are beautiful.”

While body positivity has become increasingly popular, people continue to be confused about exactly what it means. Part of the reason why body positivity is so misunderstood is due to the fact that there are so many different definitions for what the movement means.

Depending on who you ask, body positivity can mean:

*Appreciating your body in spite of flaws

*Feeling confident about your body

*Accepting your body’s shape and size

Body positivity also means enjoying the body you have and not beating yourself up over changes that happen naturally due to aging, pregnancy, or lifestyle choices.

One of the major goals of body positivity is to address some of the ways that body image influences mental health and well-being. Having a healthy body image plays a role in how people feel about their appearance and even how they judge their self-worth. Research suggests that having a negative body image is associated with an increased risk for some mental conditions including depression and eating disorders.

One study found that even brief exposure to media messages portraying an “ideal physique” was linked to increased body image concerns and increased eating disorder symptoms.

Body image refers to a person’s subjective perception of their own body—which may be different from how their body actually appears. Feelings, thoughts, and behaviors related to body image can have a major impact on your mental health and how you treat yourself.

The formation of body image starts early in life. Unfortunately, even young children may suffer from body dissatisfaction. A report published by Common Sense Media found that more than 50% of girls and nearly 33% of boys between the ages of 6 and 8 felt that their ideal body weight was less than their current weight. Results also revealed that 25% of kids had tried some type of dieting behavior by the age of seven.

Problems that can emerge as a result of poor body image include:

Depression: Women experience depression at much higher rates than men do, and some researchers believe that body dissatisfaction may play an important role in explaining this gender difference in depression rates.

Low self-esteem: Research has found that body dissatisfaction is associated with poor self-esteem in adolescents regardless of their gender, age, weight, race, ethnicity, and socioeconomic status.

Research has consistently shown that exposure to depictions of the “thin ideal” are associated with both behavioral and emotional symptoms related to disordered eating. Studies have also found that when people internalize these ideas, they are more likely to experience body dissatisfaction and engage in unnecessary dieting.

Body positivity strives to address these issues by helping people recognize the influences that contribute to poor body image. The hope is that people will then be able to adjust their body expectations and feel more positive and accepting of their own bodies. Such acceptance may then help combat the toll that poor body image has on mental and physical health.

While the body positivity message is intended to help people feel better about themselves, it isn’t without its problems and critics.

For example, one problem is the idea that body positivity implies that people should do whatever they think they need to do in order to feel positive about how they look. Unfortunately, the popular messages that people are bombarded with include the idea that thinner, fitter people are happier, healthier, and more beautiful. This idealization of thinness can then contribute to people engaging in unhealthy actions—including excessive exercise or extreme diets—under the guise of feeling “body positive.”

Actress Jameela Jamil, who stars on the tv series The Good Place, is often described as one of the faces of the body positivity movement, which she suggests is miscategorization. In an Instagram post, Jamil explained that body positivity is essential for people who are “not believed by doctors, who are abused in the street, and who can’t find clothing in their size.”

However, she also recognizes that the movement isn’t right for everyone and that many people feel shut out of the body positivity conversation.

Instead, Jamil suggests that she advocates for body liberation or even body neutrality. This approach involves taking your body out of the center of your self-image. She has the privilege of taking such a stance, she notes, because she is not persecuted because of her size. Other people, those who the body positivity movement is specifically aimed at, simply do not have that luxury.

Another criticism of the body positivity trend is that it makes the appearance of the body one of the most important elements of a person’s self-perception. It neglects all of the other elements of a person’s identity that are more important than how a person looks. In this aspect, Jamil’s stance, suggesting that people should stop making the body the determinant of self-worth and self-perception, might be a healthier, more inclusive approach.

What You Can Do

Body positivity is designed to foster acceptance and love of your body, but it can be a struggle that adds another element of pressure and impossible standards to live up to. The body positivity message is that you should change how you feel about your body, but can also be just one more demand.

Simply telling people to accept themselves and be resilient in the face of the bombardment of images promoting the thin ideal can be damaging. Telling people to ignore the dominant beauty ideal isn’t realistic. It can create more pressure for a person who is already feeling anxious, negative, and devalued. Popular culture tells people that they are flawed—but then demands that they have a positive attitude about it. Not feeling positive about your body can then lead to shame and guilt.

Research has even found that when people with low self-esteem repeat positive affirmations that they don’t actually believe in, the results tend to backfire, leaving people feeling even worse about themselves than they did before.

This does not mean that you shouldn’t say nice things or think positive thoughts about yourself. But simply covering up negative thinking with positive messages may be harmful. A better approach would be to work on replacing negative thought patterns with more realistic ones.

So what can you do to maintain a healthy body image? Whether or not the body positivity movement speaks to you, there are ideas from this approach that may help you feel better about your body and less obsessed with chasing “perfection.”

It’s ok to admit that you don’t necessarily love everything about your body. It’s ok to feel neutral or even indifferent about your body. Your worth and value do not lie in your shape or your size or in any other aspect of your appearance. Body image does play a part in self-concept, but it isn’t everything.

Focus on taking the mental spotlight off your body and try to base your self-perceptions on other parts of yourself.

None of these things are easy. They take continual effort and, in most cases, it’s not something you can perfectly achieve. There will be moments when you feel weak, when you dislike aspects of yourself, and when you compare yourself to others. The key is to keep trying to find new ways to avoid the negative thought patterns that contribute to poor body image.

Self-care can sometimes masquerade as a way to change or control your appearance, but self-care should focus on doing things that make you feel good about the body you have now. Show respect for your body. Eat healthy meals because it fuels your mind and body. Exercise because it helps you feel strong and energized, not because you’re trying to change or control your body.

Wear and buy clothes for the body you have now—not for some planned future version of yourself. You might be holding on to your “thin clothes” because you plan to eventually lose weight, but such habits can make it hard to feel good about yourself today. Look for things that make you feel comfortable and good about how you look. Purge your closet of clothes that don’t fit your current physique. Your body may change in size and shape in the future, but that doesn’t mean that you shouldn’t be able to look at feel good about yourself in the here and now.

Purge your social media feeds of accounts that don’t make you feel good about yourself. If you find yourself constantly comparing yourself to others, you’re less likely to feel good about yourself. Follow accounts that spark your interests and that leave you with positive feelings. On Instagram in particular, many accounts are focused only on portraying perfection or an idealized image of the body.

Recent research presented at the American Psychological Association’s 2016 annual conference indicates that body dissatisfaction may be on the decline. In the meta-analysis, researchers looked at over 250 studies involving more than 100,000 participants over a 31 year time period. While women consistently report more body dissatisfaction than men, the results indicated that this dissatisfaction has declined in recent years.

These findings are a positive sign that may suggest that the body acceptance and body positivity movements are having an effect on how women and girls view themselves. While it may be an uphill battle, increasing the representation of all body types in popular media may help combat poor body image.